It’s time to appreciate the awesomeness of the black cat today! Cats of all color are awesome but this special day intends to raise awareness of the fact that age-old superstitions and age-old stupidity result in black cats being the last to be adopted in shelters and the first ones to be euthanized. Check the video to see what you are missing if you don’t own a black cat already.

My life has changed so much for the better since I got Batman that I now can’t remember how it was without him being around. 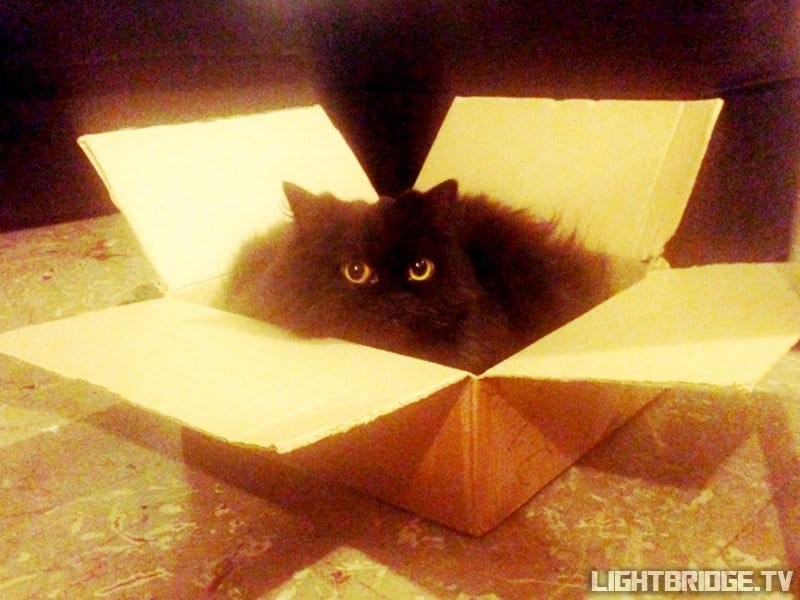 A black cat is a gift from the universe to you!

A black cat is the perfect companion while you enjoy your evening cup of tea. 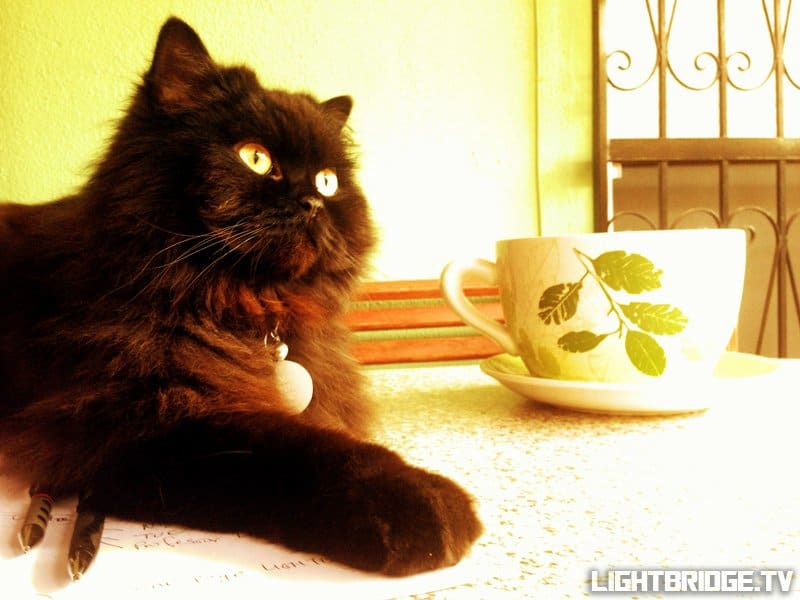 Lazy evenings are empty without a black cat by your side.

Cats (together with tons of other animals) have suffered so much from the human kind. The middle ages was probably the worst era to be a cat. Especially a black one. Being associated with witchcraft and the devil, cats were massacred without mercy.

Apart from cat-burning the sadism of those “lovely” human beings of the time led them to imagine such devices as the cat organ: 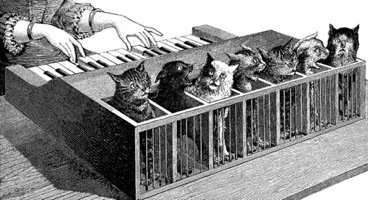 What was probably the greatest irony and biggest “cat-revenge” for their torture was that by killing so many cats the “Black Death” plague (which was being carried through mice) was a lot easier to spread resulting in the death of millions of people in the greatest pandemic of human history. 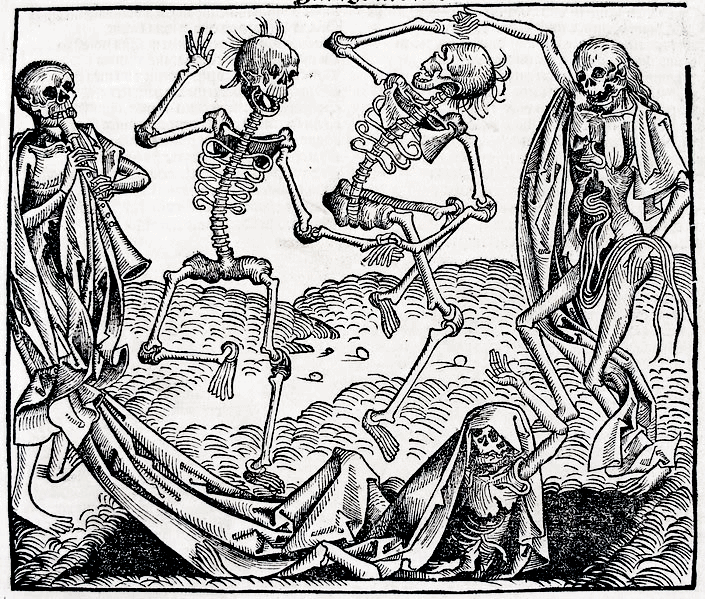 If you want to learn more about the cats in the middle ages check out this very interesting blog: The Great Cat.

For humanity’s more positive attitude towards cats in the past you should read about the worship of Cats in ancient Egypt. 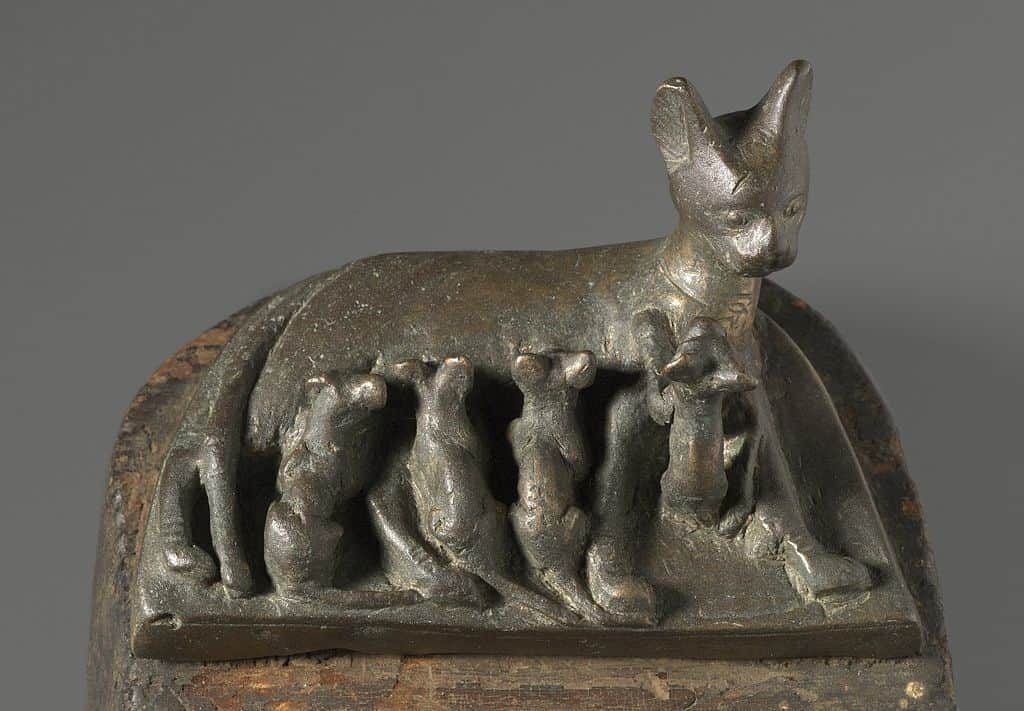 One thing that we should all agree on today’s Black Cat Appreciation Day (and everyday) is that: 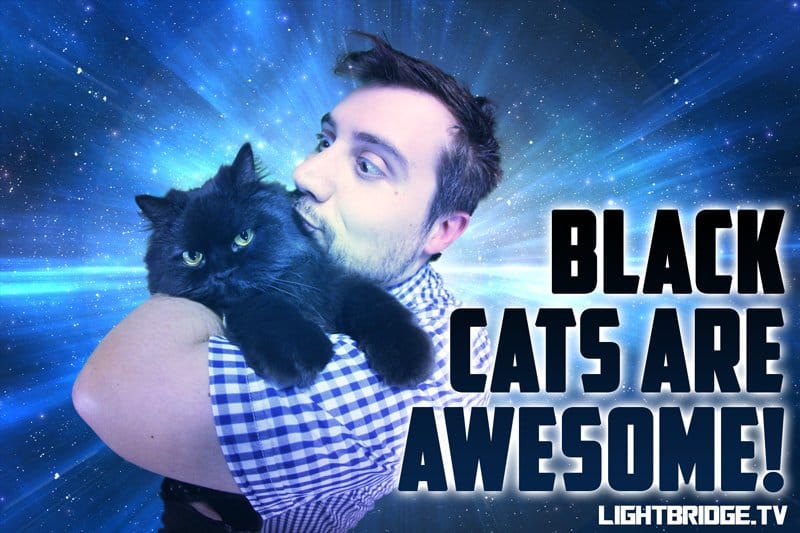 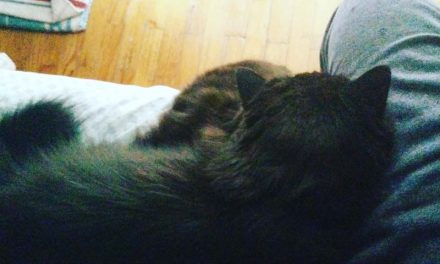 Best company to be sick in bed with… 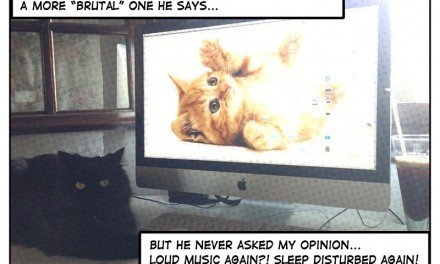 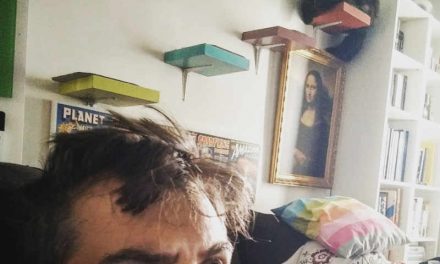 Good morning from Batman on the ceiling 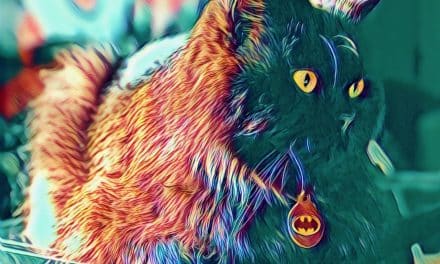 The Prince of Light and Darkness