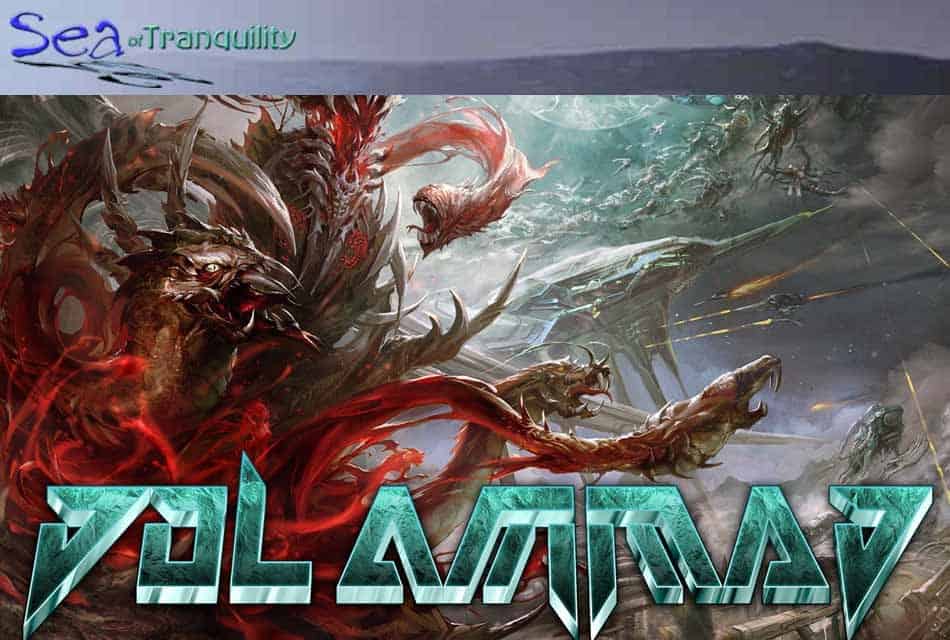 Having already released two albums under the project name Dol Ammad and two under Dol Theeta, Greek composer Thanasis Lightbridge returns to the former to unleash the first of what would appear to be a multi-release barrage of “Electronic-Art-Metal”. Titled Cosmic Gods: Episode I – Hyperspeed, this album is the first in an ongoing series of Cosmic Gods releases – at least one of which will introduce a third “Dol” to the project family. If you haven’t heard either Dol Theeta, or Dol Ammad before, the general idea is to combine metal with such disparate musical elements as electronica, classical, multi-voiced opera and well, whatever else comes to hand. The results are impressive and confusing, sometimes awe inspiring, often claustrophobic. The previous Dol Ammad releases have fared best when the separate elements are fused together in a sympathetic manner, flowing and juxtaposing off each other with a surprising empathy in terms of scope, vision and theme. However, for too much of its 45 minutes or so, Hyperspeed feels like an unwieldy clash of ideas, often tied down by the need to convey a story, rather than to truly enthral.

Opening at breakneck pace, “Magnus Invicta” immediately transports us to the Cosmic Gods world of space battles, supernovas, galactic deceptions, stargates and much, much more. However once the introduction of tribal beats and synthetic atmospheres makes way for the song proper, it is more a case of “hold on for your life”, than it is “welcome aboard for the ride”. The beat is positively apoplectic, careening along at full pelt, causing the grandiose, undoubtedly talented choir of voices to sound just too detached from their surroundings to make their intended mark. It isn’t that the music is bad, or that the constituent parts aren’t beautifully crafted, but whether this is the best introduction to the album, I’m not sure. However in terms of conveying the atmosphere of the album’s conceptual aspirations, it does, in manner of speaking, do its job.

From there the songs flow into each other, with the choir’s amazing voices providing the main focal point to a myriad of musical backing, almost sounding like Vangelis wandering into a choral recital, where Gamma Ray decided to set up for a jam. The more restrained pieces such as “Noctis Labyrinthus” capture the power and grandiose nature of what Dol Ammad can conjure up to greater effect, and especially at volume the huge vocals and orchestral/metal/electronic wallop leave a mighty impression. Captivating though the likes of the threatening “Golden Phantasma”, or the percussive/choral master-class that is “Stargate Pyramid” are, too often the temptation to add everything at once (something avoided to a great extent on previous Dol albums) and at full pelt, is allowed to run free. “Xenocide” becomes a battle between snare drum and effects, with neither coming through as a clear winner, leaving the choir sounding too distant to the music, while the addition of electronic voices – while I’m sure vital to the plot – merely adds to air of claustrophobia. Leaving the impression of an album that is trying too hard to be too many things.

However as things progress, a more reigned in approach does come to the fore, with the scintillating “Supernova” suddenly allowing the separate aspects room to breathe, allowing them to prosper individually and more importantly, collectively. Finding the middle ground “Caravan Of Mars” combines the oppressive electronics to a more obvious melody, resulting in hard hitting music that draws you in both through its latent aggression and its hidden beauty. Although it is left to closing track “Seeds Of Life” to serve up the most melodic and captivating piece on the whole album.

It is worth saying that the Dol albums do take quite an investment of time to reveal their true selves and while I have spent the best part of three weeks (and countless listens) with this album, each new visit still reveals previously hidden aspects. Whether there will come a time when I view Cosmic Gods: Episode I – Hyperspeed as an unmitigated success, I doubt. However you won’t find music like it anywhere else (best comparisons are probably Therion – although that does neither justice) and that has to be commended. Oh and the accompanying artwork and vinyl edition are stunning!

Whilst not completely convinced by this release, I am still more than intrigued enough to want to see where Thanasis steers the Dol ship next on this continuing conceptual journey… 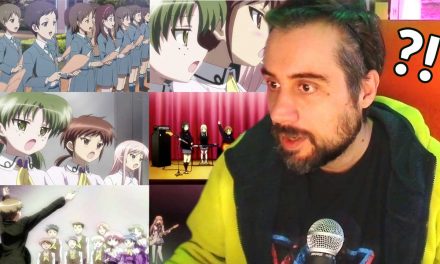 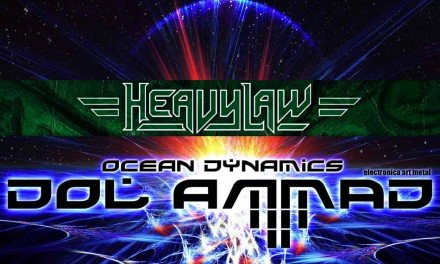 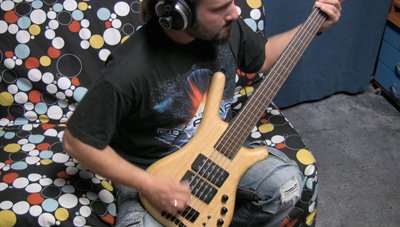 Guitars and Bass completed for “Hyperspeed”