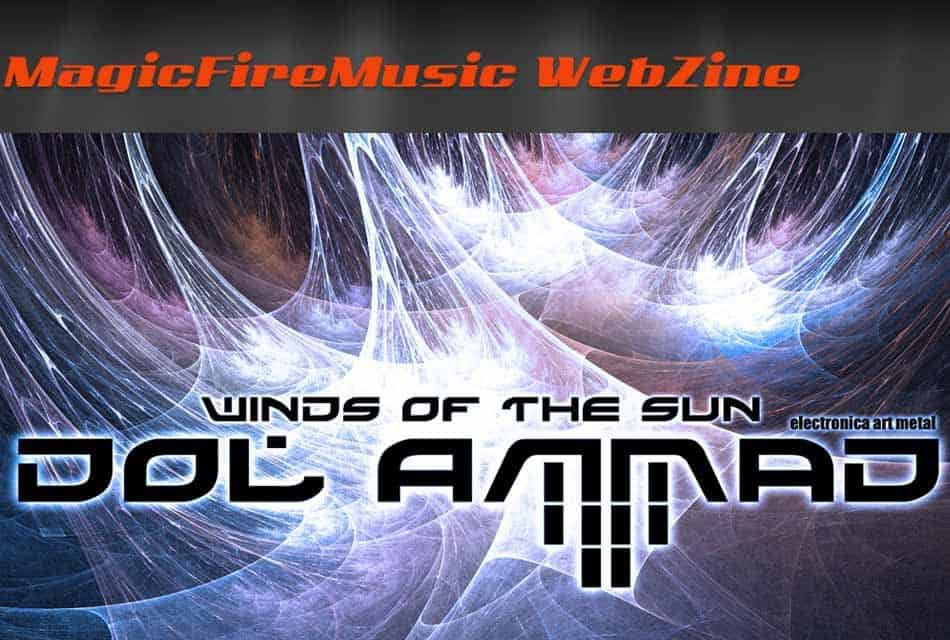 Magic Fire Music : Hi Thanasis, how are you? It is our second interview with you. That deserves to be celebrated! What happened for you since the release of Dol Theeta?

Thanasis Lightbridge : Hey Cedric! Nice to talk with you again for Magic Fire Music! Well after the release of “The Universe Expands” by Dol Theeta we focused in completing the release of the Dol Ammad EP “Winds Of The Sun” with some very special tracks and also to put together a nice Videoclip for the main song “Winds Of The Sun”. Apart from that I am finishing my second master’s degree in music/visuals technology. I also did some productions to local bands and visuals in the concerts of a retro-jazz project.

Magic Fire Music : The EP of Dol Ammad has just been released. Why did you choose to release a digital version of that EP and not a CD?


Thanasis Lightbridge : Well the main reason was that I had some financial difficulties and I couldn’t support another CD release. I decided to save up for something special for the upcoming third full Dol Ammad album so I went the digital way. It is also meant as a test to check if it is a viable route. I am traditional with music, I need a physical product to hold/smell/feel but the last years I too have embarked into digitizing my library. I still buy CDs but I want to test the digital format also.

Magic Fire Music : On this EP there is the famous and incredible DC Cooper again. Can you tell us something about him? How is he in the real life?

Thanasis Lightbridge : He is a great guy, very lively and outgoing! He loves to party and to tell amazing stories from his touring experiences. When he approached the mic the studio trembled and I got goosebumps from his amazing voice. Truly phenomenal talent and it was an honor to have worked with him.

Magic Fire Music : Why did you choose DC Cooper rather than another singer for this song?

Thanasis Lightbridge : I was looking for a powerful voice and through the help of a friend I got to reach DC Cooper and ask if he’d be interested. It was a dream to have him in my music since I was a great fan of his work in Royal Hunt.

Magic Fire Music : Were you thinking about him when you wrote this song?

Thanasis Lightbridge : We originally planned only the song “Aquatic Majesty” in Dol Ammad “Ocean Dynamics” but since I got him to fly from USA to my studio in Greece we discussed about doing one more song. I wanted to do a more mellow song with him, a ballad-new-age type of song something different from the power metal style of “Aquatic Majesty”. Thus “Winds Of The Sun” was created and it evolved into an epic space hymn with a great progression of emotions.

Magic Fire Music : Concerning “Winds of the Sun”, you indicate that this song is dedicated to Carl Sagan. What does this name evoke for you?

Thanasis Lightbridge : I grew up with the great TV Shows of Carl Sagan. His documentaries “Cosmos” were a great influence for my whole life and I always wanted to pay a small tribute to his amazing work. His novel “Contact” and the resulting movie is one of my all time favorites.

Magic Fire Music : Do you believe in Aliens?

Thanasis Lightbridge : Of course Aliens exist! It is highly improbable however that we will ever discover or be discovered by any!

Magic Fire Music : I think an album will soon be released. Dol Ammad? Dol Theeta? Dol “the third”? Which one of these projects can we hope to listen to and appreciate?

Thanasis Lightbridge : The next step is the third full Dol Ammad album. It will be a powerful return to epic space battles! After that the third “Dol” project will be revealed and I am sure it will surprise you as it will be the dark side of Electronica Art Metal.

Magic Fire Music : Will there still be DC Cooper and his magnificent voice on it? Or will you collaborate with another singer this time?

Thanasis Lightbridge : No, I think I will focus on just the choir this time.

Magic Fire Music : And will this new album be released digital or on a CD?

Thanasis Lightbridge : It will be available in all formats, both CD and digital. I plan also to make a limited edition CD.

Magic Fire Music : Has the CD a future according to you? Do you like to possess a special limited edition album?

Thanasis Lightbridge : I personally love CDs and special editions. I rarely buy mp3s, I prefer to buy the CD and then digitize it for my ipods. I think that for people over the age of 30 CDs are still the preferable choice since they grew up with them just like vinyl is for the people over 40. The last months we see a rise in the vinyl sales, I am not sure if we’ll ever see a rise in CDs. You see however many bands try to make special editions and offer nice packages which I personally enjoy a lot. We’ll see what the future brings but at the end music will always be around one way or the other! We have to evolve and keep our minds open.

Magic Fire Music : You have recently seen Jean Michel Jarre. How was it? Have you ever met him?

Thanasis Lightbridge : It was an amazing concert here in Thessaloniki – Greece, it was a dream coming true! I couldn’t get very close and talk to him, I managed to give him my CDs though 😛

Magic Fire Music : A concert of Dol Ammad, can we hope to see that soon?

Thanasis Lightbridge : I think maybe a Dol Theeta concert could lead the way into me going on stage someday soon… I don’t know however when and how a Dol Ammad stage-show could become a reality…

Magic Fire Music : To be a guest on a Jean Michel Jarre concert: is that a dream for you?

Thanasis Lightbridge : Hehe, it would be a utopian dream coming true! I often think that I would just like to share a conversation with him since he has been a huge inspiration.

Magic Fire Music : Before letting you return to your glass of milk I have a last question: what album do you like the most for the moment? The one you are listening to everyday…

Thanasis Lightbridge : Yes quickly Cedric because my milk is getting warmer and I like it cold 😛 Well I listen to tons of stuff all the time, hmmm my favorite album the last days is a compilation of Ennio Moricone Soundtracks, his music is AMAZING!

Magic Fire Music : Ok it’s over… I let you have the last word…

Thanasis Lightbridge : Thank you Cedric and your readers for your ongoing support! I wish all the best to Magic Fire Music and to have our next talk as soon as possible with the new Dol Ammad third full album.

Check out our newly redesigned website www.electronicartmetal.com and the Videoclip of “Winds Of The Sun”

Ok signing off and going back to my milk… SPACE ON! 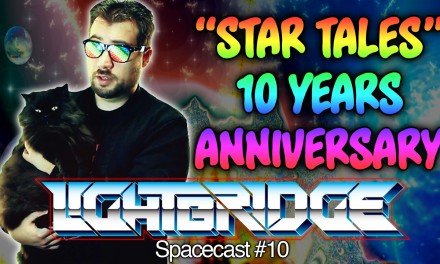 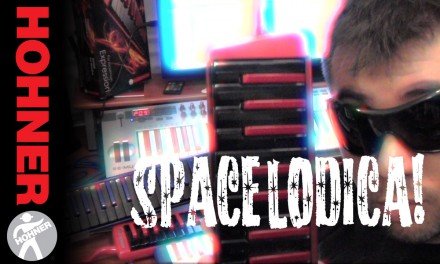 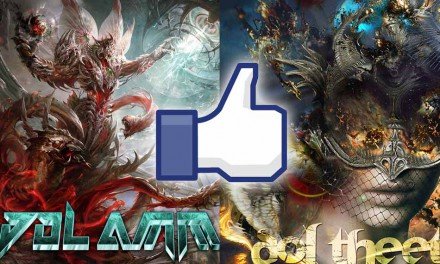