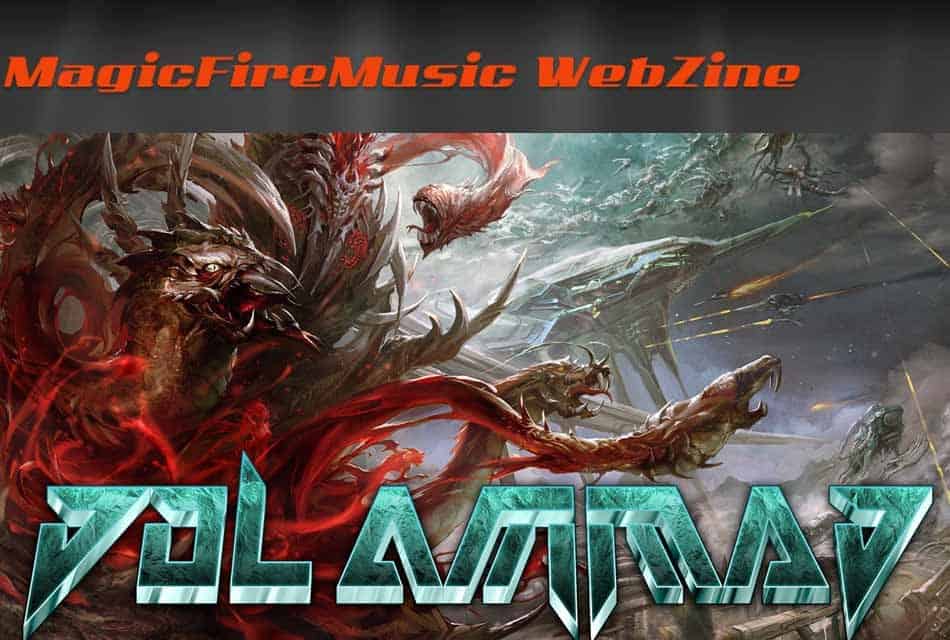 Magic Fire Music : Hello Thanasis, how are you? I’m happy to talk to you again for this new interview.

Thanasis : Hey Cedric! I am fine, I am currently under the air-condition trying to cool myself, it’s ridiculously hot in here, like 35 degrees! I am also happy to catch up with you again 🙂

Magic Fire Music : Before talking about the new album, I’m gonna ask you: how is Greece these days?

Thanasis : Apart from extremely hot, Greece is a mess these days… Things have calmed down a bit after the recent second elections that resulted in a co-operative government of 3 political parties but we face serious social and financial problems. Apart from extreme unemployment, reductions in salaries and pensions, shortage of medical supplies in hospitals and pharmacies, we also witness a big rise on social and racial violence…

Magic Fire Music : Your country is facing a terrible crisis. Were you afraid concerning the release of your album under those circumstances?

Thanasis : Of course I was very concerned since apart from the Greek crisis things also look very bad in the music business these days. However if there is one thing that I don’t like compromises is my music and I am prepared to suffer the consequences of a possible wrong decision. I still to this day try to cover the budget for the latest Dol Ammad production…

Magic Fire Music : Is it more difficult to find a budget under those circumstances?

Thanasis : I used all the budget I had and even the pre-orders of the album helped me a lot to finalize the process but it was a huge undertaking since I decided to also make a Vinyl version. I hope I’ll always find a way to cover the big budgets for my releases but in the end the music must come out in ANY way possible. So in the worst case scenario if in the future I have no budget at all, I’ll only release music digitally I guess…

Magic Fire Music : Let’s talk now about the album. You chose to release Hyperspeed in CD and Vinyl records. Why this choice? Was that important for you to have a Vinyl record to sell?

Thanasis : I recently got hooked with vinyl again and it was a dream come to true to actually make my first vinyl record. It was a big risk but in the end I decided to do it anyway regardless if no-one will buy it. So I produced it the best way I could with splattered colors and gatefold just for me to enjoy and I hoped there will be some others to respect it also. Thankfully there are a lot of Vinyl fans out there and with the domination of digital I think that a Vinyl release together with a download card is the best product a band can offer these days.

Magic Fire Music : The cover of the album is beautiful. Who is the author of this piece of art? What was his inspiration?

Thanasis : His name is Guangjian Huang and he is a phenomenal digital artist from China. I stumbled upon his work and as far as I know he is also working in computer games like Warcraft, Starcraft and Diablo. From what I learnt he is a also a teacher of computer arts in the US and a very young guy! I hope he’ll be available for Episode II as well.

Magic Fire Music : Hyperspeed is the first part of Cosmic Gods. I guess it is a concept-album. What is this first chapter about?

Thanasis : I will prepare a video-cast to explain all about my Cosmic Gods concept, it is a sci-fi story I came up with regarding two very powerful forces in the universe. The first one is the “Hyperspeed”, a force that allows its user to bend the laws of space-travel in his favor making him invincible. The secret behind “Hyperspeed” is hidden in the planet Mercury and through this first episode we witness the fight to find and exploit this power. The second episode will be about another amazing universal force.

Magic Fire Music : Is the idea coming from Batman?

Thanasis : Haha! My sweet cat Batman is a always by my side so yes you can say that he has inspired me in a way!

Magic Fire Music : On this album there is no soloist singer. Why this choice? Because on the previous EP, you had one on a song.

Magic Fire Music : You worked all along with DC Cooper. Are you interested in working with other singers?

Thanasis : It would be interesting to experiment again in the future but it is not something I have in my mind now. Episode II will again feature only the choir. Maybe in a different project and not in Dol Ammad.

Magic Fire Music : Did you keep all the vocalists that worked on the previous Dol Ammad albums?

Thanasis : No, there are some with whom we have worked together since the 2002 Dol Ammad demo but most of them are new singers.

Magic Fire Music : The first time you got in touch with them to ask them to record the album with you, how did they react?

Thanasis : If you mean back in the demo days it was a bit strange for some of them to sing in a metal album but as the years pass and we are now in the third full Dol Ammad release, they know what to expect from me and the recordings.

Magic Fire Music : Hyperspeed is well named, everything goes really fast. Can we describe the style as Extreme?

Thanasis : There are some extreme moments but you can’t really describe it as extreme metal. I feel there will always be a power-progressive character behind the songs of Dol Ammad. Some come out faster and heavier, some more melodic and softer. After the release of my second project Dol Theeta which features more atmospheric and cerebral music, you can now clearly see the true nature of Dol Ammad which is epic space metal.

Magic Fire Music : There are also different kind of atmospheres on it. « Stargate Pyramide » for exemple is really different from « Golden Phantasma ». Where do you find inspiration?

Thanasis : Yes it’s funny that in a record called “Hyperspeed” you can find my slowest ever track, “Golden Phantasma” which moves into doom-metal territories! I like to experiment with sounds and feelings, each song is very different from the other I think. Regarding inspiration it can come from lots of things like sci-fi movies, books and comics but most of the times it appears to me when I experiment with sounds on the synthesizers.

Magic Fire Music : For « Stargate Pyramide » were you inspired by the movie? Are you a fan of the TV series?

Thanasis : I am a big fan of the movie and series yes! Although the Stargate on my song is a different type of gate, it is a trap designed to lure a space-tribe inside and ultimately annihilate them…

Magic Fire Music : How long did it take to create this album? From the beginning of the composition to the release.

Thanasis : It took about a year and a half I think. Thankfully we have already recorded stuff for Episode II of Cosmic Gods, so this will appear sooner.

Magic Fire Music : You seem to allow more space to electronic music on this last album. What is your opinion on that?

Thanasis : I feel that this album has the best balance between electronics and metal compared to all my other releases. It is definitely heavier than anything I have released so far but at the same time the electronics are very clear and prominent.

Magic Fire Music : Aren’t you afraid that the Metalhead could feel a little bit left out, especially if he doesn’t like techno music.

Thanasis : We are now in our 3rd Dol Ammad album, I don’t seek to impress hardcore metal heads. People who listen and follow us are open minded space-freaks like me!

Magic Fire Music : On « Caravan of Mars » the keyboards are really sounding like J.M Jarre, but I can’t say if it is closer to the Equinoxe or Rendez-Vous period. Can you tell me?

Thanasis : Hmmm maybe they remind you a bit of his “Chronologie” period which is my favorite Jarre album! I love most of his work and he has been a true inspiration into getting involved with music and synthesizers. The song “Caravan Of Mars” is probably my favorite from the new Dol Ammad album.

Magic Fire Music : Is there a question I didn’t ask about this album you would like to answer?

Thanasis : Just wanted to mention my good friend Dim who apart from the guitar he also performed the bass in Dol Ammad for the first time. That’s how we work in Dol Theeta also.

Magic Fire Music : In Greece there are a lot of bands, Firewind, Septic Flesh and many more. Would you like to work with some of them? I’m wondering what would be the result of a collaboration between you and Bob Katsionis.

Thanasis : These are indeed some great Greek bands! I haven’t thought about a collaboration with them, but I respect their work and passion.

Magic Fire Music : Now that this third album of Dol Ammad is released, you will finally be able to talk about this mysterious third project?

Thanasis : Yep! Finally the third “Dol” project is getting closer and closer, in fact I was working on it today before this interview. It will be my ultimate brutal side, the hidden evil feelings that I have and that I need to express in order to feel complete. I will reveal everything about it the next months.

Magic Fire Music : During our previous interview together, you said that this project would be dark. Is it still the case?

Thanasis : Yes very much so! It will be an industrial-electro-alien-beast-audio massacre!

Magic Fire Music : Let’s talk now about something else than music if you don’t mind. What are you doing on Sundays? What are your hobbies?

Thanasis : Most of the time I work on my music, my videos or things related to them. When I have the time I watch movies, tv series and read books. I recently watched “Prometheus” which I loved! I am also re-watching the “Red-Dwarf” tv series. Awesome stuff!

Magic Fire Music : Since when is Batman a great influence in your music?

Thanasis : Since the day he arrived in my life actually! He is such a good friend, sitting beside me, watching everything I do, listening to my music and giving his “paw-of-approval” 😛 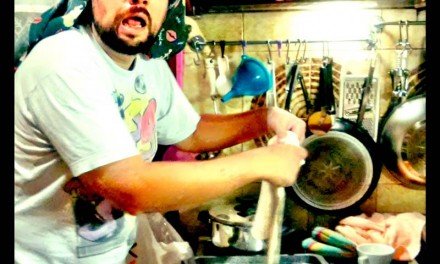 A man put his boxers on his head, what happened next will fill your stomach with happiness 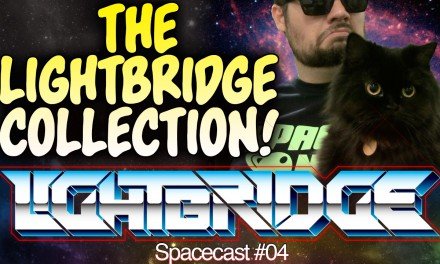 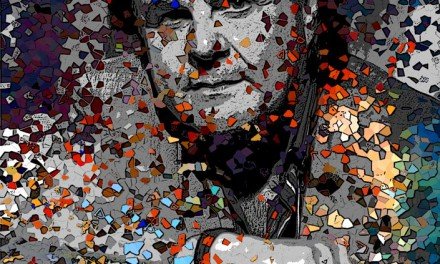 The art of Werner Hornung 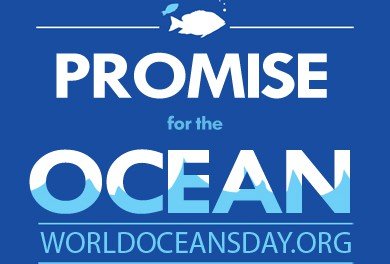